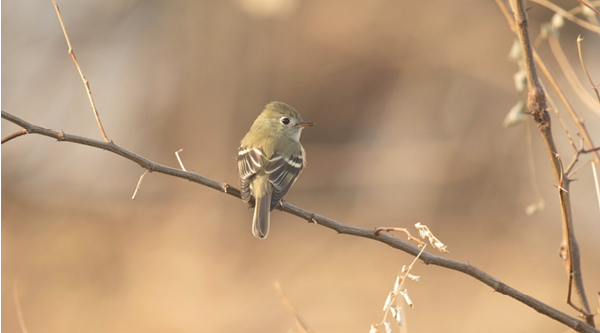 Hammond’s Flycatcher (Empidonax hammondii) discovered by Dan Zimberlin at Egypt Lane Ponds in Fairhaven, Bristol on 1 January 2016. This represented the first Bristol county record and only the third record for the state (ph. J. Trimble on 2 January 2016)

Hammond’s Flycatcher has occurred in Massachusetts on three occasions including a bird that is currently being seen in Medford, a first record for Middlesex County. This species very irregularly strays into the northeastern United States and has been recorded as far north and east as southern Nova Scotia. There are also records for Maryland, Delaware, Pennsylvania and New York.