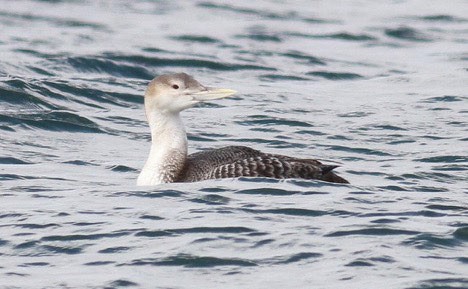 The twentieth report of the Massachusetts Avian Records Committee (hereafter MARC or the committee) covers the evaluation of 63 records involving 34 species or subspecies. Sixty-two records were accepted, an acceptance rate of 97%. All accepted records in this report were accepted unanimously on the first round of voting unless noted otherwise. The 53 records noted with an “eB” were accepted via eBird in accordance with the procedure described in our bylaws for expedited review (Garvey and Iliff 2013).‌

Two first state records are treated in this report. Yellow-billed Loon (Gavia adamsii) and Masked Booby (Sula dactylatra), bringing the total Massachusetts list to an impressive 503. Massachusetts and Florida are the only two states east of the Mississippi River with a total avian species list above 500.

The Yellow-billed Loon, found and photographed during one of many long slogs off the bountiful Race Point by the diligent and persistent Steve Arena, thankfully stayed long enough for hundreds of birders to make the long trek for a winter twitch. The Masked Booby, on the other hand, was unchaseable and seen by just one person: the astute captain Joe Huckameyer found and photographed it during a September fishing trip well offshore at Atlantis Canyon. Fortunately, Captain Joe regularly pilots the Helen H for the BBC pelagic trips and we can all hope that those trips score discoveries of similar magnitude in the future.

Two other records treated in this report cover species that hadn’t been seen in the Commonwealth in scores of years. Guillermo Rodriguez, an avid birder visiting from Spain, was checking the Waltham Street Fields on November 13, 2015, when he came upon a Common Ground-Dove (Columbina passerina), a species with which he was familiar after having visited other parts of the United States, but one that hadn’t been seen in Massachusetts since 1973. He keenly photographed it and alerted the birding community, which proceeded to twitch the bird over the next several weeks.

Unfortunately, the state’s first photo-documented White-winged Tern (Chlidonias leucopterus) proved to by a one-day wonder and was seen by only a lucky few other birders during its intermittent appearances that day. Peter Flood, another intrepid and patient Race Point birder, found this breeding-plumaged adult on May 8, 2016; it represented the state’s second record, the first being a sight record from Plymouth County in 1954!

Other highlights of this report include the state’s third Hammond’s Flycatcher and its third Smith’s Longspur and first for midwinter.

In this truncated report, we present basic statistics for each record of each species or taxon covered: the record number, count of individuals, where and when the bird was seen, and who submitted evidence. We also indicate whether the evidence provided was photographic (ph.), video (v.), audio (au.), or a written submission (†). As always, the committee strongly encourages written submissions even where photographs exist.

When known, we try to credit the discoverer with an asterisk (*), especially if he or she has supplied evidence. The statistics in brackets for each species or taxon show the number of individual birds accepted through records in this report, followed by the total number of MARC-accepted individual records for that species, followed by our estimate of total known records, often supplemented with a plus sign (+) when we know there are additional records but are not sure how many. We do not count or use a plus sign for 2015–2016 records that are currently in review. For a subspecies, the statistics refer to the species unless noted otherwise. Species not on the Review List do not receive a count.

Please check out the full Review List and send us any evidence of new or old records you may have—even in this Information Age we can never get enough when it comes to the rarity records that keep our hearts thumping.

This was a record high count for the state, exceeding the count of 9 from Ispwich in 2008 that represented the first accepted state record. Barnstable County has just one prior record from May 2015. All state records have come since 2008.

As with all Massachusetts records, these birds were of the northern subspecies D. a. fulgens, which is characterized by its chestnut head and breast (without a gray breastband).

Presumably the same birds were seen a few miles to the south in Hartford County, Connecticut, on January 3.

Once viewed with a skeptical eye regarding provenance, Barnacle Geese in situations with wild, migrant Canada Geese are now routinely accepted without question. Increases in the breeding populations of all Greenland-breeding geese (including Pink-footed) have been correlated with increased occurrence of vagrants (Pink-footed, Greater White-fronted, and Barnacle) in the Northeast.

These two records pertained to adult males and were near to each other without overlapping dates; it is likely that both records pertain to the same bird, and also that this report from eBird (not formally reviewed by the committee), also pertained to the same wandering male Tufted Duck: one on Lake Cochichewick December 18, 2015

Long anticipated in Massachusetts, Yellow-billed Loon had recently been found in Maine (adult on October 26 and 29 in Casco Bay), New York (three records), and Georgia, but otherwise has been fairly scarce on the East Coast despite regular occurrence in the interior of the continent.

This second record for Suffolk County proved elusive initially but was then pinned down in a consistent area where it was widely enjoyed and photographed. 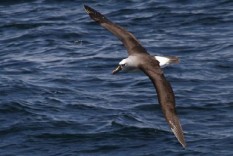 Although Masked Booby is a regular, almost annual visitor to Gulf Stream waters off North Carolina, it is surprisingly scarce as a vagrant north of there. It has been recorded in Virginia and New Jersey (Island Beach SP, August 24, 2001), but this Massachusetts record was apparently the first record north of there. Since this record, there have been two additional records from the mid-Atlantic: New Jersey got its second record at the Avalon Seawatch on October 15, 2015, and Maryland’s first was found on a pelagic trip near Baltimore Canyon on August 21, 2016.

The accepted records above are all from a fairly limited area of northeastern Essex county, where Plegadis ibis regularly move between the Kettle Island breeding colony and feeding areas in Ipswich, Rowley, and nearby towns. Surely, there is much duplication involved, with the same individuals being seen at different sites, but a minimum of three were present in both years given 2015-034 and 2016-009.

July records are comparatively few for the Commonwealth, vastly outnumbered by May and June records.

This was the third record for Worcester County. 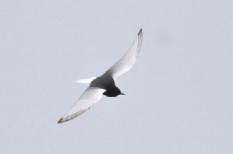 Although both North American T. s. acuflavidus and Eurasian T. s. sandvicensis have been known to occur in the Bay State, separation of non-juveniles is extremely difficult and the subspecies is considered unestablished for these individuals. 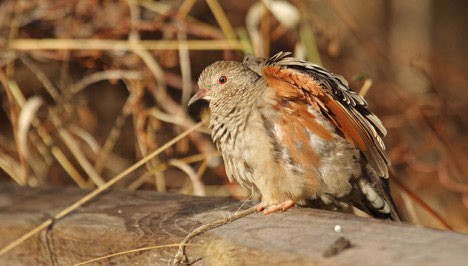 A surprising second state record and first Middlesex record, with the previous record from Monomoy Island in 1973 (Petersen 1995). During this same period there were a couple of other ground-doves well out of range in the Midwest (e.g., Chicago, Illinois, and Marquette, Michigan). The day of this bird’s discovery was an epic fallout of Franklin’s Gull (Leucophaeus pipixcan) across the East.

First record for Suffolk and first away from Cape Cod and the Islands since the first record-a Cohasset specimen from way back in November 1979 that has yet to be formally reviewed by MARC.

While submitted as a sight-only record of two birds, eight committee members felt details of the second bird were too scant to accept, but felt comfortable in the detailed description of one bird. One committee member felt the casual description of the putative second bird, as well as the observer’s apparent lack of appreciation for the rarity of this species this far north—heck, Georgia just got its first record in 2016-calls the whole record into question. Additional 2015 records from Westport and Lancaster are still to be reviewed. 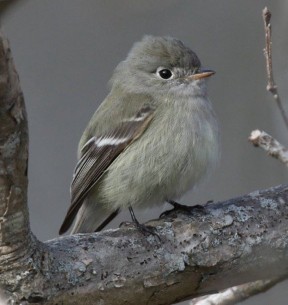 First Bristol record. Massachusetts’s first record from Wellesley in 1988 has yet to be formally reviewed by MARC, and a fourth record from November 2016 in Medfield is currently under review. 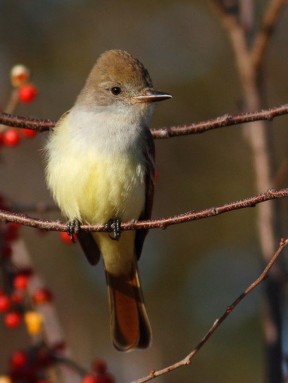 Although the state has many December records, few have extended to January like the two in 2016 covered here. 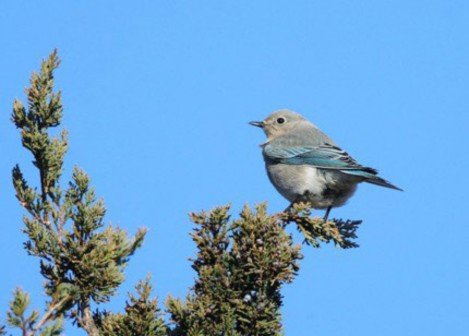 While interesting, photos of a trio of juncos at a feeder failed to convince a majority of voters that any were outside the range of variability in Slate-colored Juncos, and the record failed to survive a second-round vote.